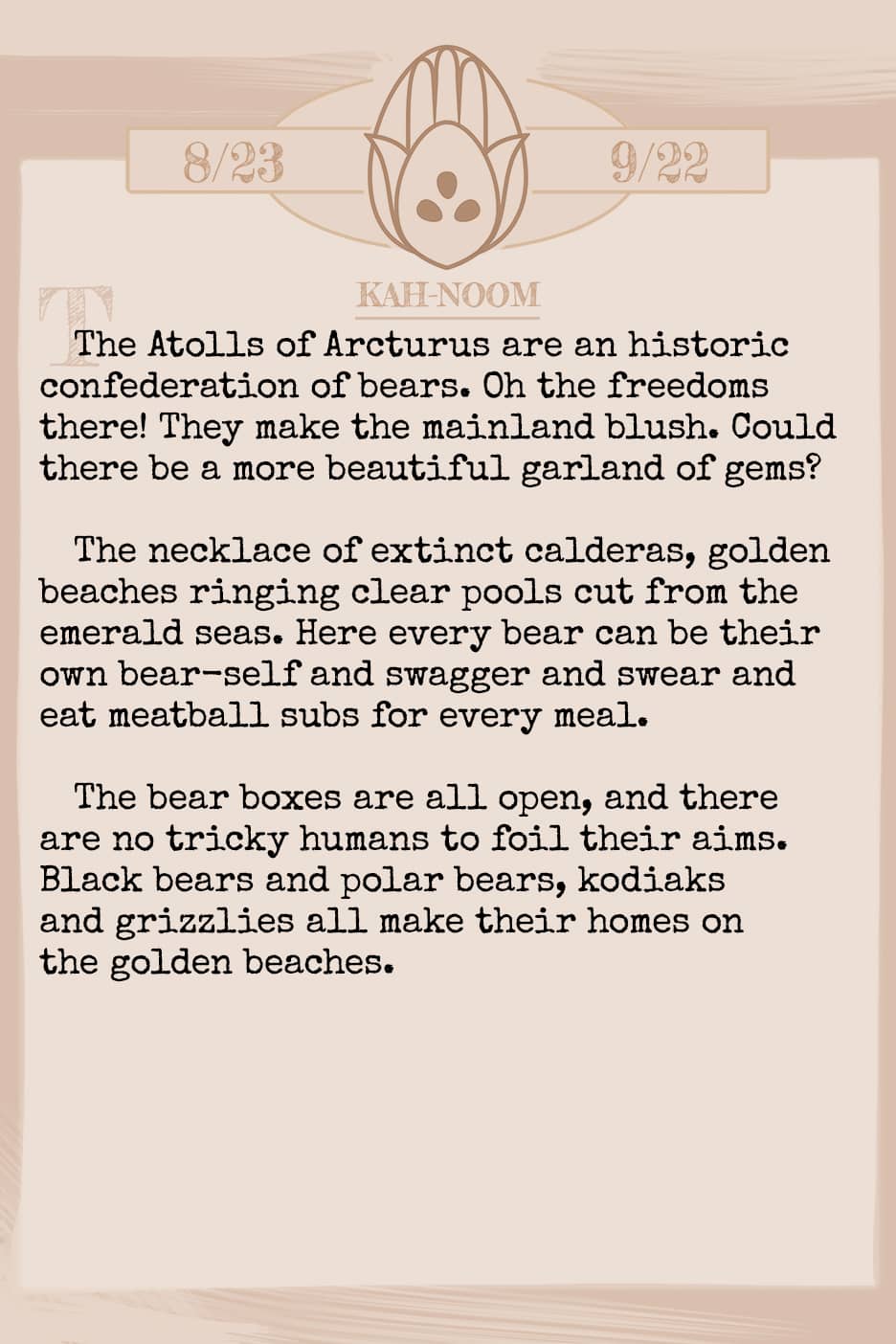 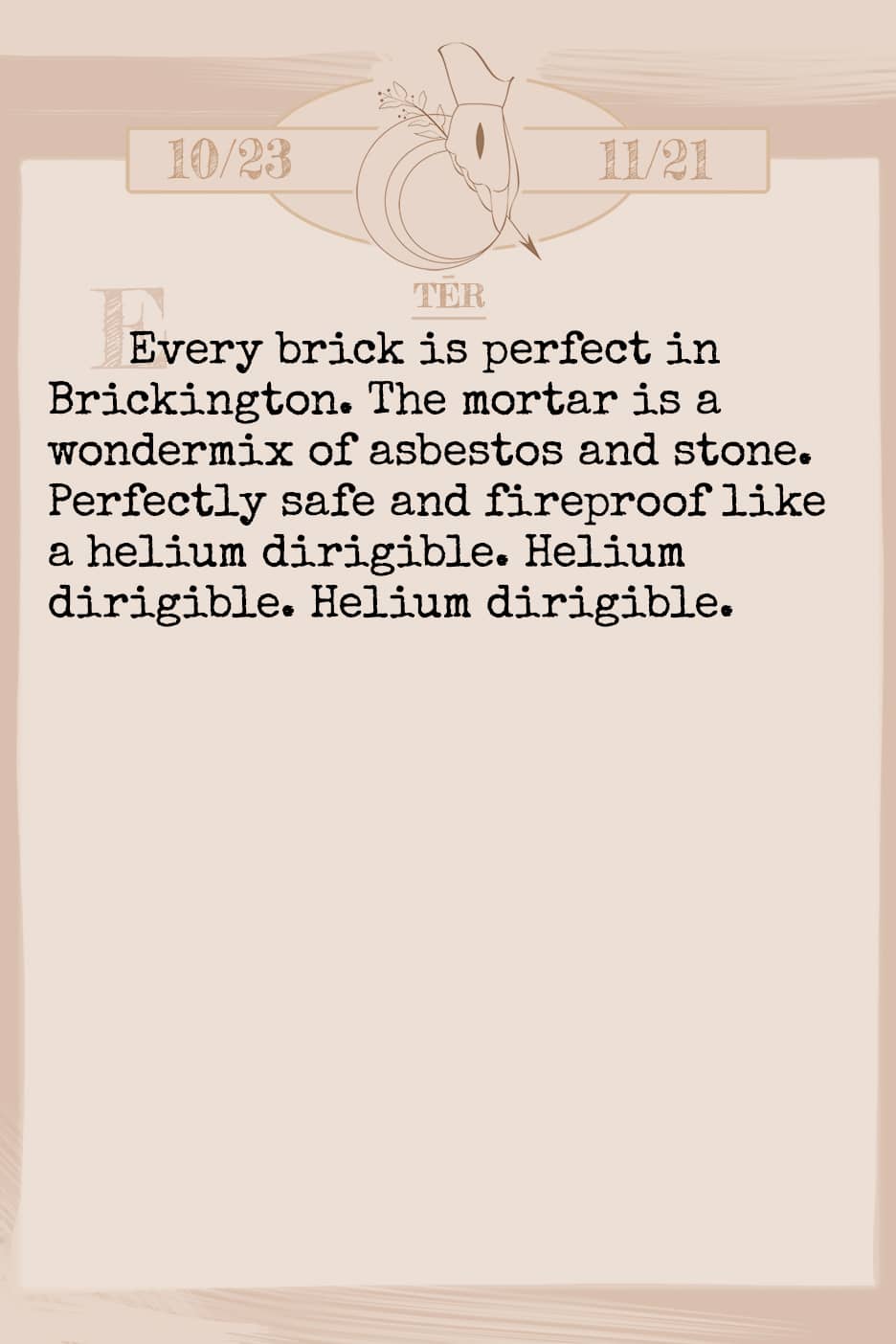 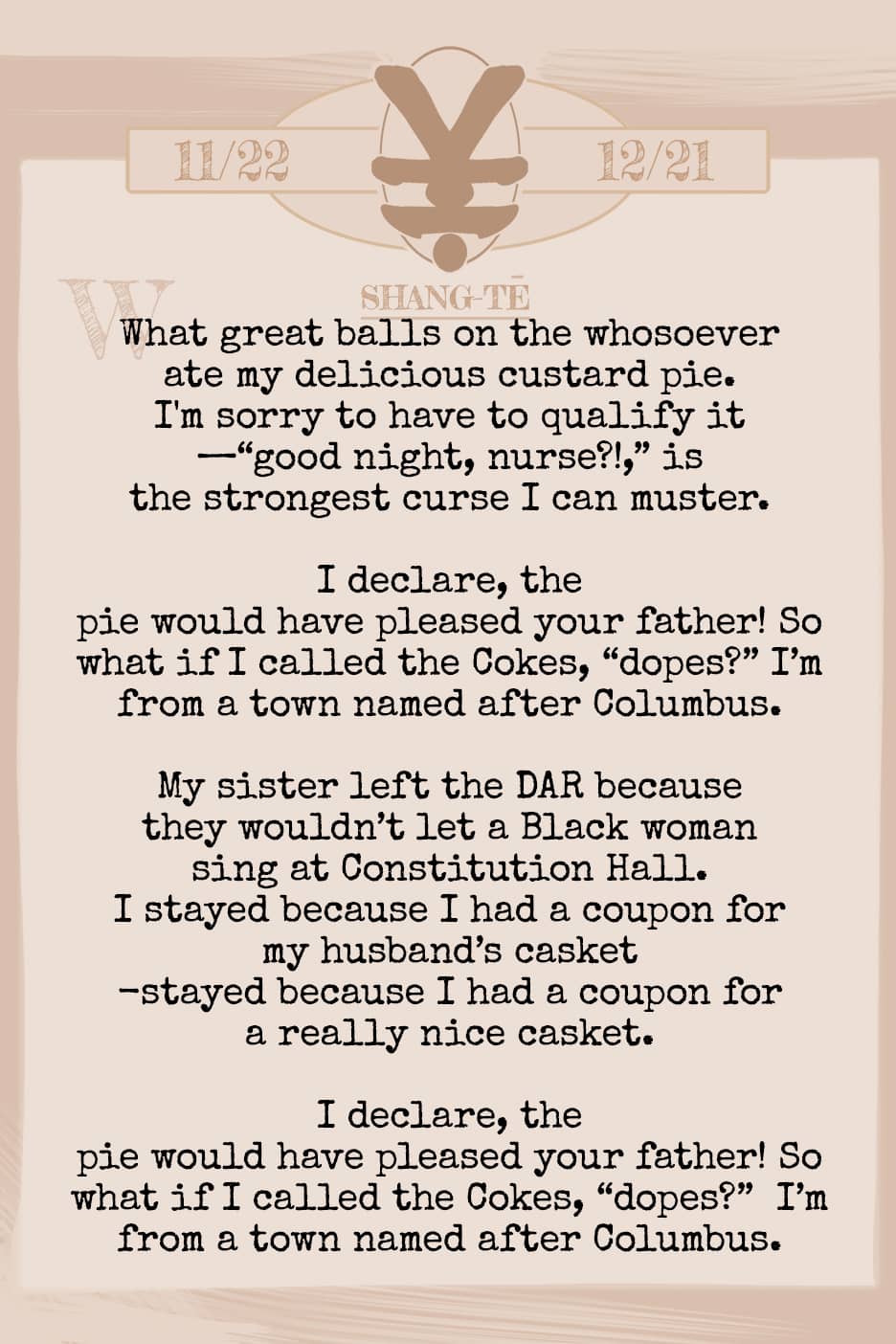 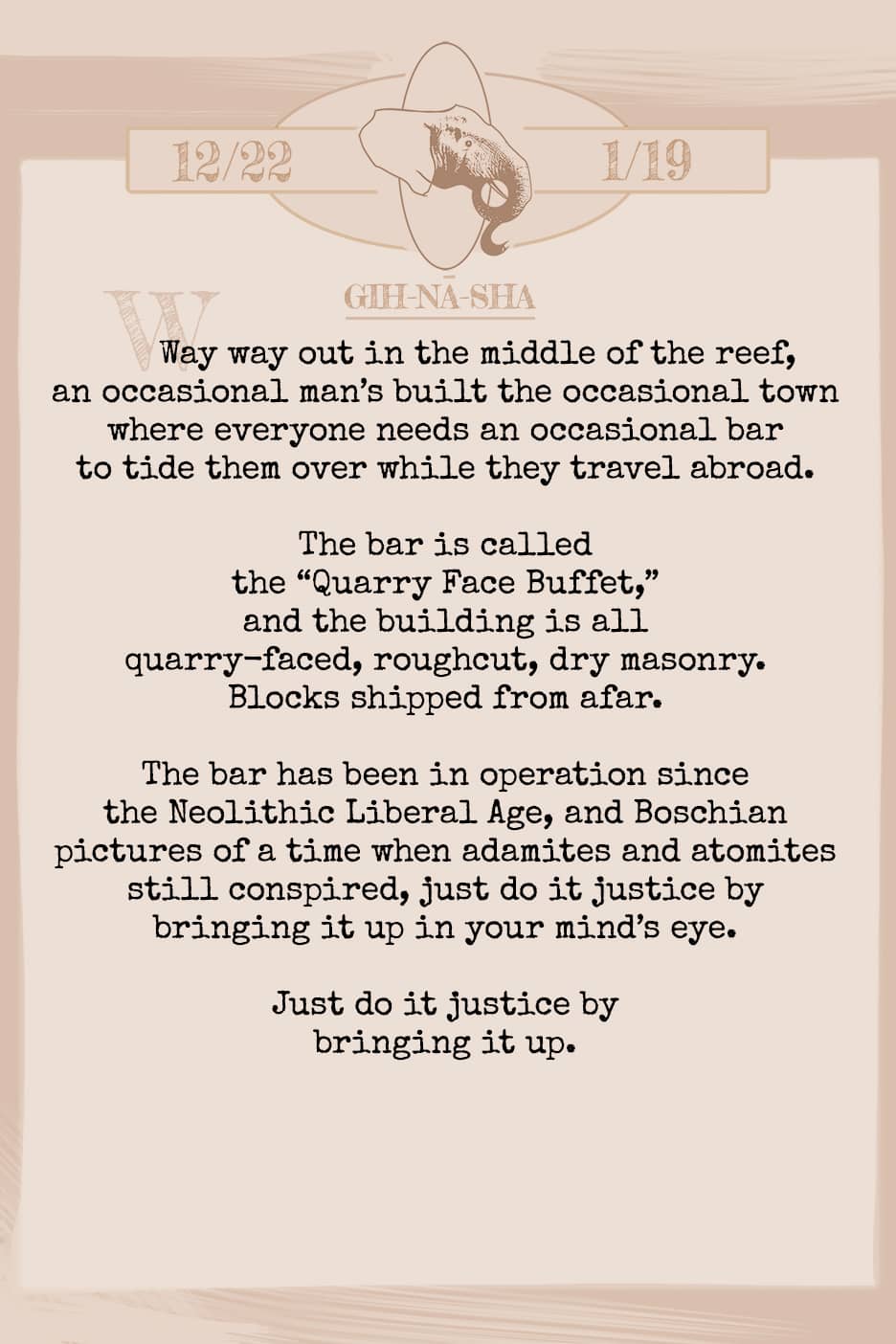 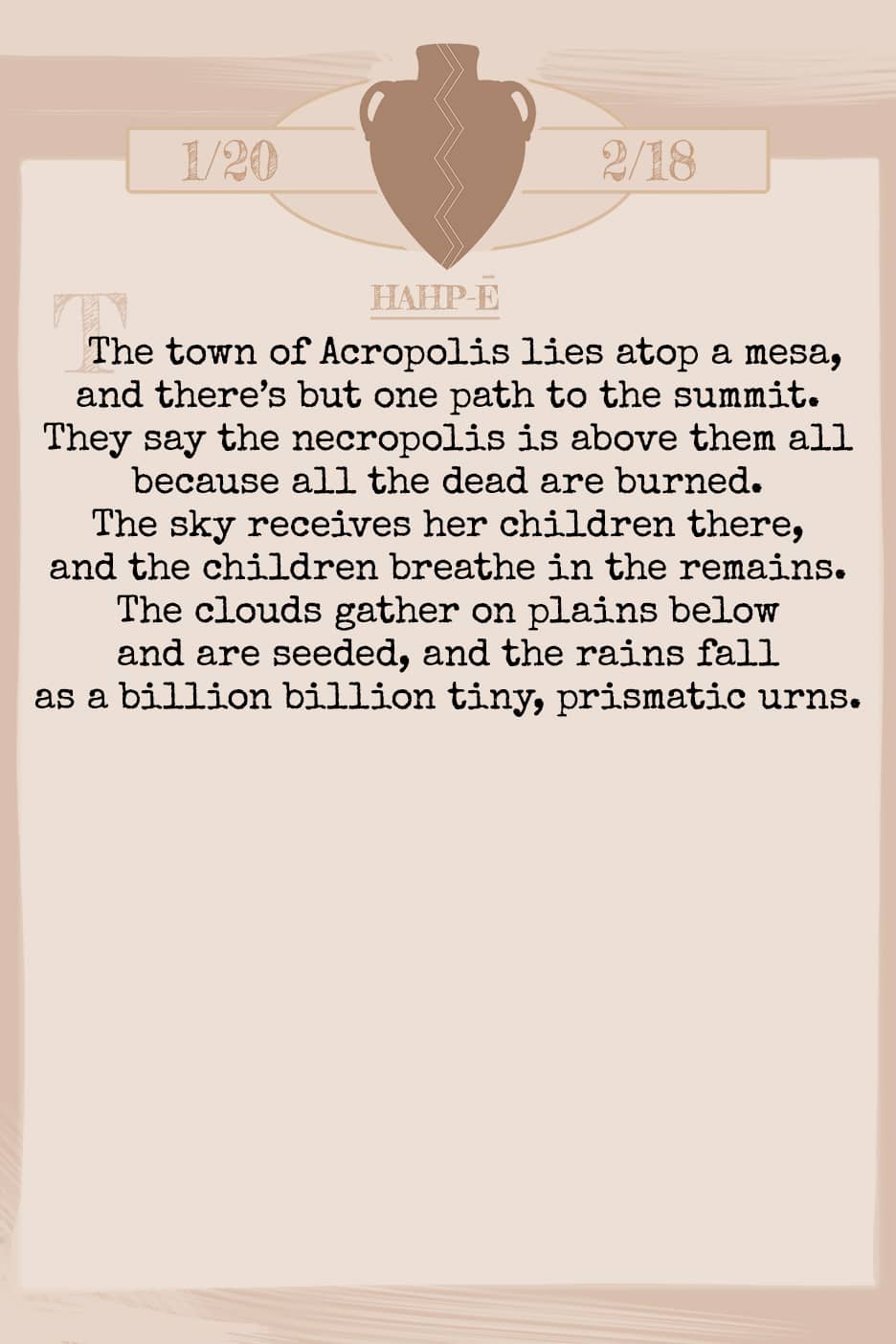 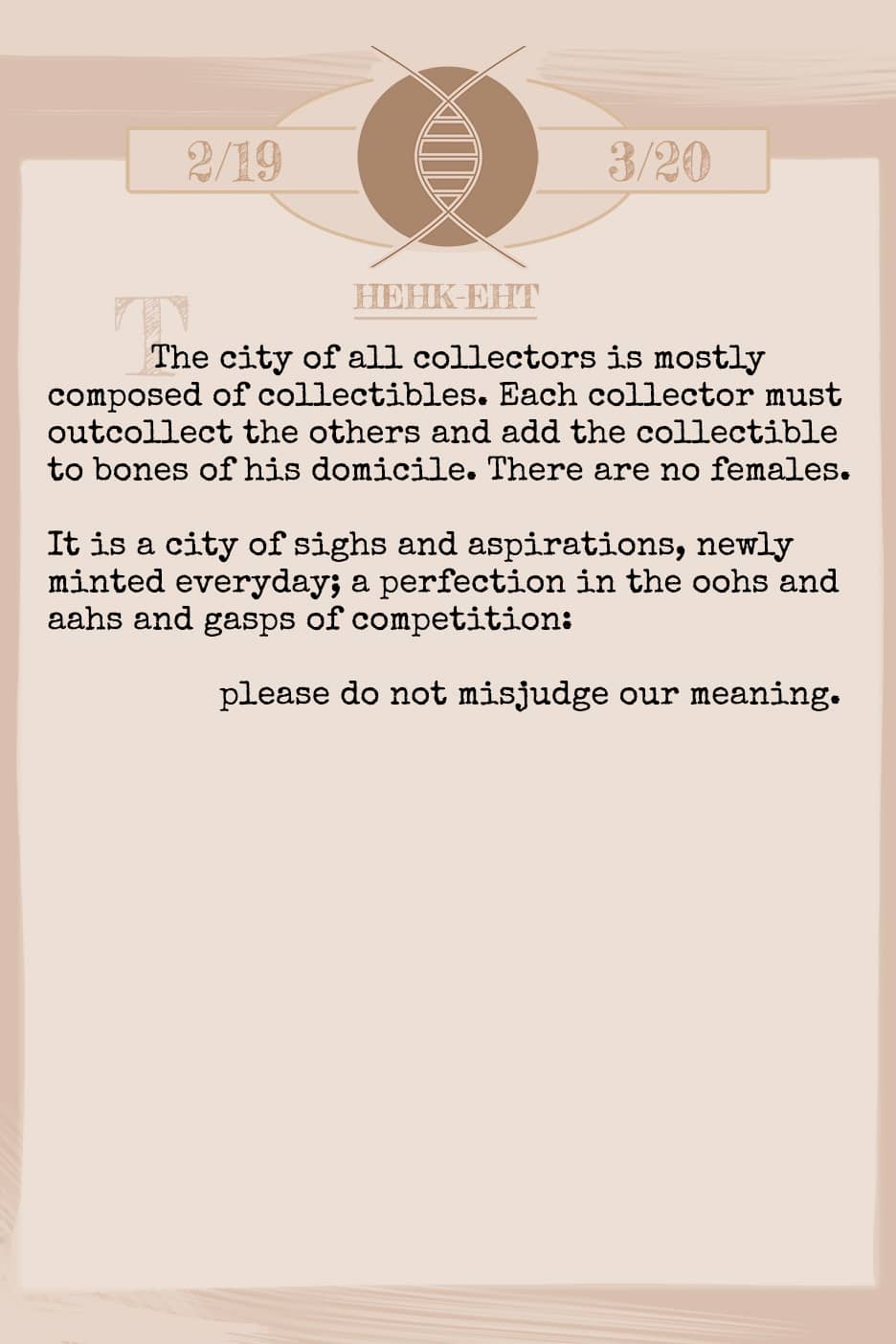 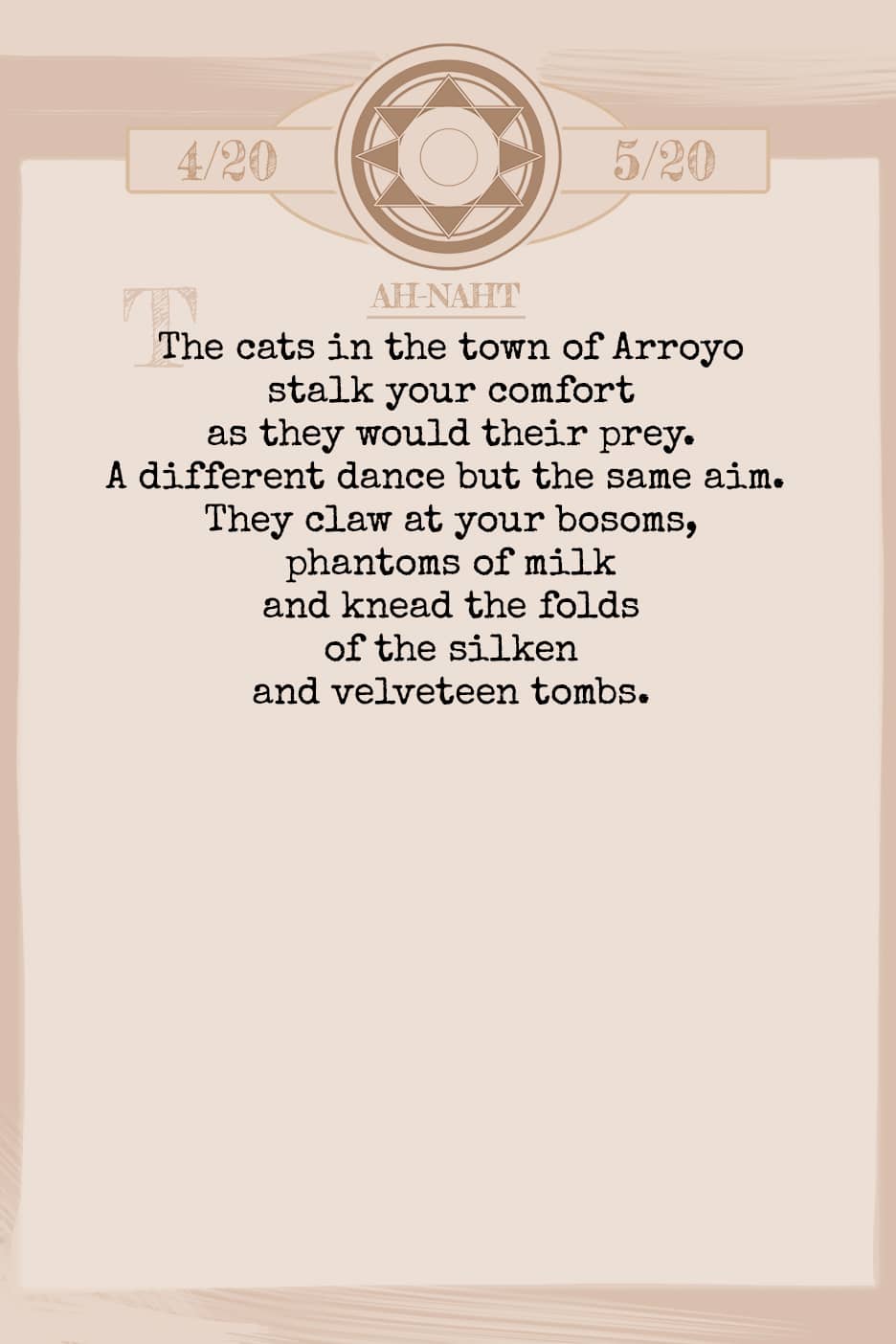 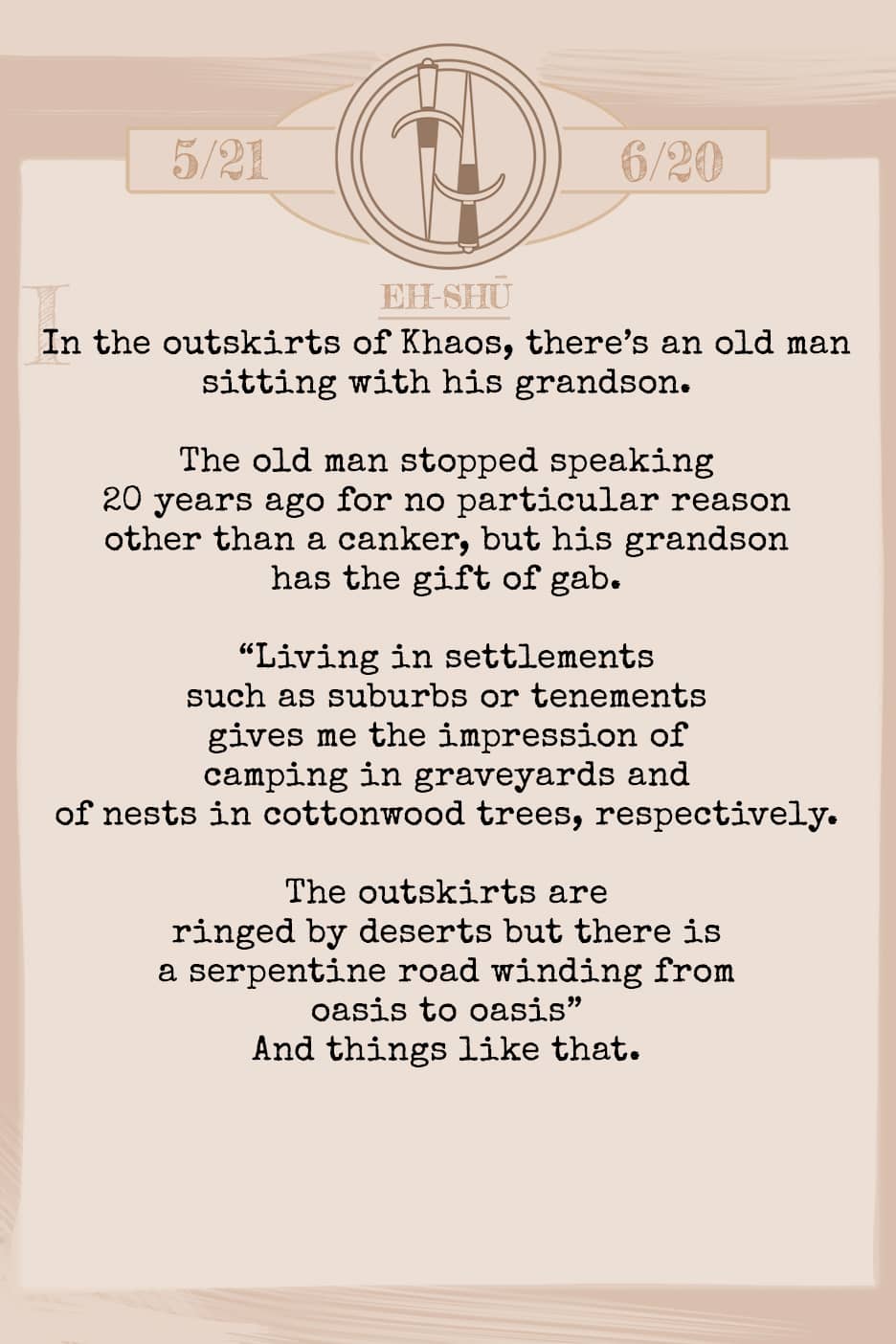 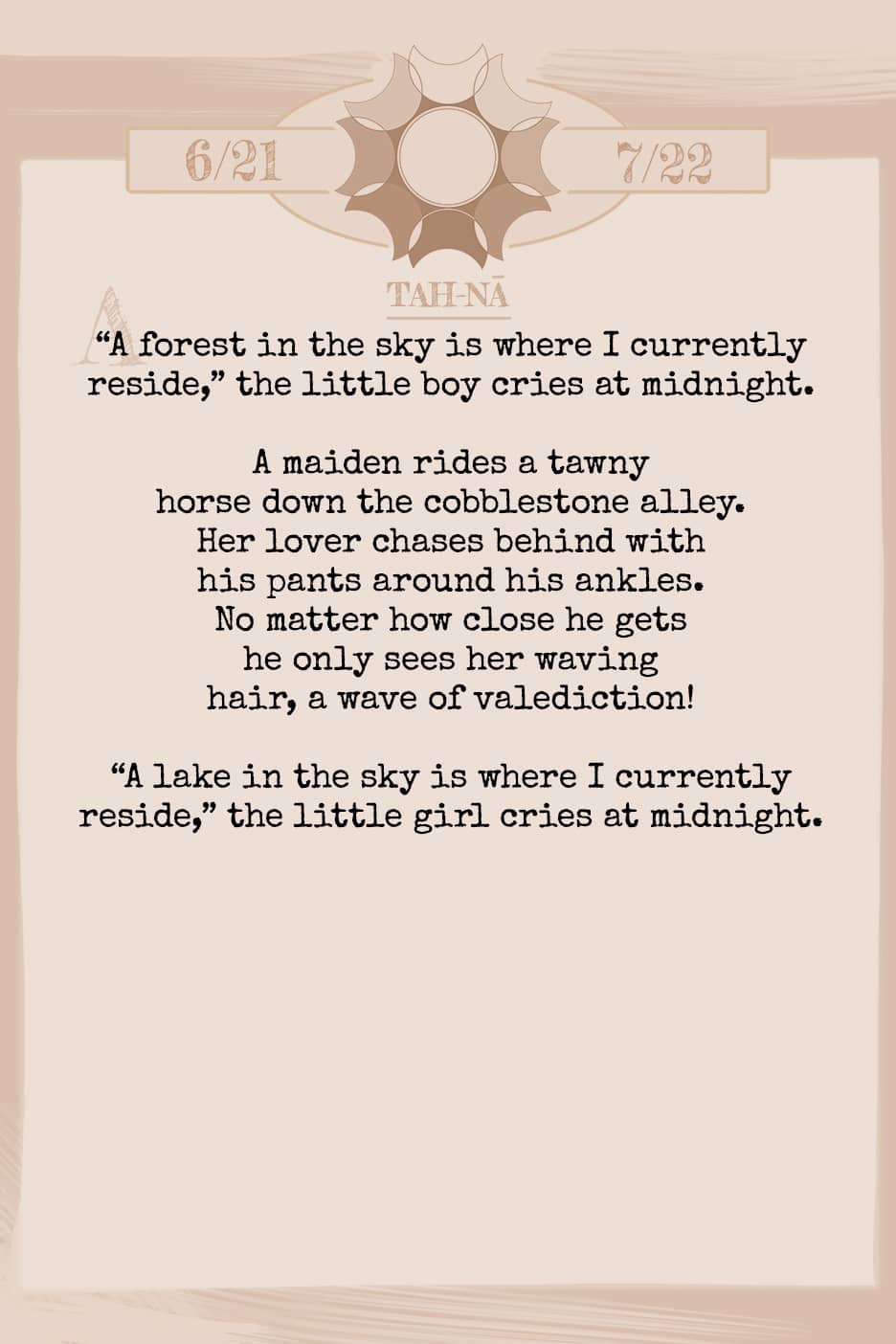 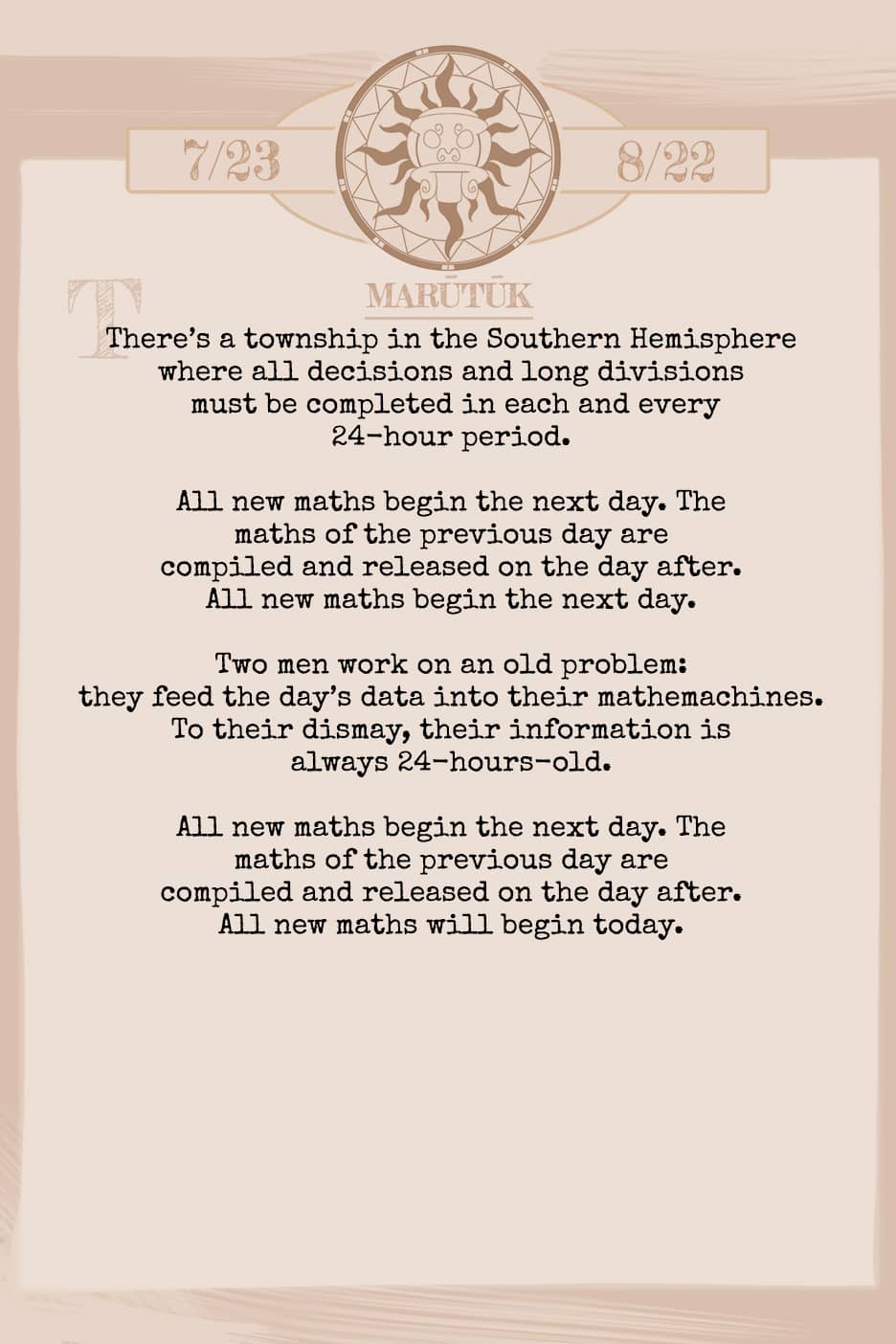 “We are born at a given moment, in a given place,
and like vintage years of wine,
we have the qualities of the year and of the season in which we are born.”
– Carl Gustav Jung
◊

Khnum – God of Creations and Waters (Old sign=Virgo)The Atolls of Arcturus are an historic confederation of bears. Oh the freedoms there! They make the mainland blush. Could there be a more beautiful garland of gems? The necklace of extinct calderas, golden beaches ringing clear pools cut from the emerald seas. Here every bear can be their own bear-self and swagger and swear and eat meatball subs for every meal. The bear boxes are all open, and there are no tricky humans to foil their aims. Black bears and polar bears, kodiaks and grizzlies all make their homes on the golden beaches.

Hephaestus God of Labor and Industry (Old sign=Libra)There is a town of masons—not *that* kind—who cannot lay one stone without their stonecutters. The stonecutters loom like ancient henges and scan the worksite. Whenever a mason needs help with a stone, a stonecutter swoops in like a lifeguard, and dresses the living rock,  shaves the block down to just the right fit. No mortar is ever considered. The stones are laid dry.

Ganesha – God of Intellect and Wisdom (Old sign=Capricorn)Way way out in the middle of the reef, an occasional man’s built the occasional town where everyone needs an occasional bar to tide them over while they travel abroad. The bar is called the “Quarry Face Buffet,” and the building is all quarry-faced, roughcut, dry masonry. Blocks shipped from afar. The bar has been in operation since the Neolithic Liberal Age, and Boschian pictures of a time when adamites and atomites still conspired, just do it justice by bringing it up in your mind’s eye. Just do it justice by bringing it up.

Hapi – God of Floods & Fertility (Old sign=Aquarius)The town of Acropolis lies atop a mesa, and there’s but one path to the summit. They say the necropolis is above them all because all the dead are burned. The sky receives her children there, and the children breathe in the remains. The clouds gather on plains below and are seeded, and the rains fall as a billion billion tiny, prismatic urns.

Heqet – Goddess of Fertility and Rebirth (Old sign=Pisces)The city of all collectors is mostly composed of collectibles. Each collector must outcollect the others and add the collectible to bones of his domicile. There are no females. It is a city of sighs and aspirations, newly minted everyday; a perfection in the oohs and aahs and gasps of competition: please do not misjudge our meaning.

Kali – Goddess of Time, Change, and Destruction (Old sign=Aries)Marmone is a marble town hewn out of the massif of marble mountains that looms over the people like schoolmarms. Population of marble-dusted people, dusted with marble snow in an eternal marble winter; the cups and bowls, the butter and salads and pastas, all dusted with labors of the quarry. People’s teeth are cobbled stones. Roofers make marble rooftops—“best clear the dust every quarter, lest your house cave in.” Most of the inhabitants smoke cigarettes constantly, full-flavor. The sidewalks are made of marble, and the soles of the talking shoes are pyrite. People communicate once a year by sweeping the shoes on the marble. A dance of gentilesse and style fashioned by a billion billion choreographers. Sounds excruciating to the human nervous system are the perfect pitch for the mable hammer and drum. Everything but the tombs are of marble made:  the tombs aren’t so much tombs, but face-saving scarves made of woven granitic silk and draped over the deceased’s visage on the very spot where their life comes to a grinding halt.

Anat – Goddess of Fertility, Sexual Love, Hunting and War (Old sign=Taurus)The cats in the town of Arroyo stalk your comfort as they would their prey. A different dance but the same aim. They claw at your bosoms, phantoms of milk and knead the folds of the silken and velveteen tombs.

Eshu – God of Chaos, Death, Travel and Trickery (Old sign=Gemini)In the outskirts of Khaos, there’s an old man sitting with his grandson. The old man stopped speaking 20 years ago for no particular reason other than a canker, but his grandson has the gift of gab. “Living in settlements such as suburbs or tenements gives me the impression of camping in graveyards and of nests in cottonwood trees, respectively. The outskirts are ringed by deserts but there is a serpentine road winding from oasis to oasis” And things like that.